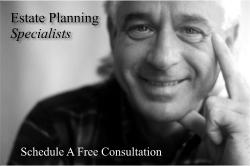 In the United States, approximately 2.4 million burn injuries are reported every year. Burns can be one of the most painful injuries one can sustain. Those who suffer from such injuries can face a lifetime of serious healthcare challenges. Last year, an estimated 650,000 burn injuries were treated by medical professionals. 75,000 of those injuries required hospitalization.

Several factors are used to determine the severity of a burn injury, including the patient’s age, size and depth of burn, and the location of the burn.

First-degree burns are red and very sensitive to touch, and the skin will appear blanched when light pressure is applied. First-degree burns involve minimal tissue damage and they involve the epidermis (skin surface). These burns affect the outer-layer of skin causing pain, redness and swelling. Sunburn is a good example of a first-degree burn.

Second-degree burns affect both the outer-layer (epidermis) and the under lying layer of skin (dermis) causing redness, pain, swelling and blisters. These burns often affect sweat glands, and hair follicles. If a deep second-degree burn is not properly treated, swelling and decreased blood flow in the tissue can result in the burn becoming a third-degree burn.

Third-degree burns affect the epidermis, dermis and hypodermis, causing charring of skin or a translucent white color, with coagulated vessels visible just below the skin surface. These burn areas may be numb, but the person may complain of pain. This pain is usually because of second-degree burns. Healing from third-degree burns is very slow due the skin tissue and structures being destroyed. Third-degree burns usually result in extensive scarring.